Elected for the first time to parliament in 2015, Rishi Sunak is set to become  Britain’s youngest prime minister in more than 200 years on Monday, tasked with steering the country through an economic crisis and mounting anger among some voters.

It is a remarkable return for Sunak who lost a leadership bid to Liz Truss less than two months ago when he was accused by some in the Conservative Party of bringing down their hero, Boris Johnson.

One of the wealthiest politicians in Westminster, he enters Downing Street facing a need to make deep public spending cuts to stem a fiscal crisis, as well as tackling a cost-of-living crunch, a winter of strikes and Russia’s war in Ukraine. His backers say the former finance minister is a safe pair of hands who can restore Britain’s credibility with investors who sold the country’s bonds and sterling after Truss’s mini-budget offered tax cuts with little on how to fund them.

But the former Goldman Sachs analyst and hedge fund partner also faces challenges within the governing Conservative Party, where some lawmakers blame him for his role in ousting Johnson and are concerned he has not got what it takes to win elections. The opposition Labour Party is likely to paint him as a member of the uber-rich elite, out of touch with the pressures faced by millions as Britain slides towards a recession, dragged down by the surging cost of food and energy.

Some fear he cannot reunite a party that is deeply divided and getting used to quickly dispensing with leaders they do not like. “He couldn’t beat Liz Truss last month; he’s not turned into an election winner less than two months later,” one senior Conservative lawmaker said on condition of anonymity after supporting Johnson in his failed bid to run again.

Sunak replaces Truss, who said she would resign four days ago but who defeated him on September 5 with 57 percent of the vote from Conservative members. Then, the former finance minister repeatedly described his predecessor’s ideas as “fairytale” economics that would spook the markets.

He was proved right, but after a fast-track leadership race, some Conservatives say they doubt his commitment to a Margaret Thatcher-style small-state vision to spur growth after he put Britain on course for the highest tax burden since the 1950s with emergency pandemic spending on saving jobs and welfare. When declaring his candidacy, Sunak, 42, said he had a track record that showed he could “fix our economy, unite our party and deliver for our country”. “There will be integrity, professionalism and accountability at every level of the government I lead and I will work day in and day out to get the job done,” he said in veiled criticism of Johnson, forced out over a scandal-ridden premiership.

Born in Southampton in 1980 to Hindu parents of Punjabi Indian descent, Sunak repeatedly during the last leadership campaign spoke of helping his mum, who ran a pharmacy, with the books, doing payroll and accounts. He had a privileged education — he went to an elite fee-paying school and is the latest prime minister to have studied politics, philosophy and economics at Oxford University, following David Cameron and his predecessor, Truss.

During the last leadership campaign, he supported the creation of more selective grammar schools after new ones were banned by the opposition Labour Party, but repeatedly said that “a world-class education” should be a birthright.

He will also be the first person of colour to become Britain’s prime minister. Ravi Kumar, 38, a Conservative Party member working at a finance company in the central English city of Nottingham, described the appointment as a “watershed moment”. “I grew up in the 80s and 90s, and I could not even imagine a non-white prime minister in my lifetime … So to see a British Indian leader is phenomenal,” he told Reuters.

He will be the first Hindu to become British prime minister, securing the position on Diwali, the festival of lights that marks one of the most important days of the Hindu calendar. Sunak himself made history in 2020 when he lit Diwali candles outside 11 Downing Street, the official residence of the UK chancellor.

But Sunak’s marriage to the daughter of an Indian billionaire has raised concerns in the party that he is too far removed from the concerns of everyday voters, some of whom are being forced by spiralling inflation to decide whether to spend their money on food or heating. It didn’t help that in April, Sunak’s wife was forced to confirm reports that her non-domiciled status meant she did not pay tax on all her international earnings, something she agreed to end.

“Rishi never had an overdraft so he is used to having a treasury (finance ministry) account and a current account,” said one Conservative insider who had backed Johnson. “Rishi has good PR but an inability to be brave and be the Brexit Chancellor the UK needs,” the insider said on condition of anonymity.

Sunak’s supporters say he is just the man who is needed to steady the ship financially after Truss’s so-called mini-budget roiled financial markets, raising government borrowing and increasing mortgages and fears pensions funds could go bust. “We need someone who can provide stability and proven economic competence in these challenging times, and Rishi Sunak is that person,” said Grant Shapps, brought in as Britain’s interior minister after Truss sacked his predecessor. Shapps was just one of several ministers to back Sunak after Johnson pulled out late on Sunday, surprising and even angering his own supporters. Johnson has not made public who he backed.

Sunak rose swiftly up the ranks of the Conservative Party, becoming, in 2020, one of the youngest finance ministers. When the Covid-19 pandemic hit Britain, Sunak dropped the Conservatives’ small-state instincts to borrow massively and stave off the risk of an economic depression. That made him one of the most popular politicians in the country, as he was praised for helping businesses and workers.

In one photograph that captured the sense of unity behind his rescue plans, Sunak posed outside his Downing Street office flanked by the heads of Britain’s biggest trade union group and a leading employers’ group. But that consensus disappeared as Britain emerged from the crisis saddled with an extra 400 billion pounds of debt and then fell into a cost-of-living crisis that led to even more demands on the public purse.

Polls earlier this year showed his stock had fallen with the public, who were worried about the cost of living crisis and angered that he had raised payroll taxes while his wife had avoided British levies. Labour leader Keir Starmer is expected to seize on the appointment of a new wealthy prime minister by Conservative lawmakers rather than by the country as a reason why Britain should face a national election before it is due in two years. “My focus is on the millions of people who are struggling to pay their bills, now have additional anxieties about their mortgage. I know what it feels like,” Starmer said on Sunday.

49% Off ₹6,499.00 ₹3,309.00 (as of 29 Nov 2022 14:44 GMT +05:30 - More infoProduct prices and availability are accurate as of the date/time indicated and are subject to change. Any price and availability information displayed on [relevant Amazon Site(s), as applicable] at the time of purchase will apply to the purchase of this product.) 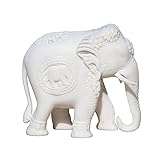 55% Off ₹6,000.00 ₹2,688.00 (as of 29 Nov 2022 14:44 GMT +05:30 - More infoProduct prices and availability are accurate as of the date/time indicated and are subject to change. Any price and availability information displayed on [relevant Amazon Site(s), as applicable] at the time of purchase will apply to the purchase of this product.) 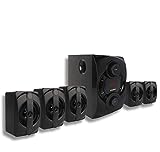