Sarvepalli Radhakrishnan was born on September 5, 1888, at Tiruttani, forty miles to the northeast of Madras (now Chennai) in South India. He was born into a poor Brahmin family. His father Sarvepalli Veeraswami was employed on a meager salary in the zamindari. His mother, Sitamma, was a homemaker.

Highly intelligent, Radhakrishnan went through most of his education on scholarships. After his initial schooling in Tiruttani, he joined the Lutheran Mission School in Tirupati for his high school.

When Radhakrishnan was 16 years old, he joined the Voorhee’s College in Vellore. At the same age, his parents got him married to Sivakamuamma while he was still studying at Vellore. From Vellore he switched to the Madras Christian College at the age of 17. He chose philosophy as his major and attained a B.A. and M.A. in the field.

Radhakrishnan’s M.A. thesis went on to be published when he was just 20. After he graduated with a Master’s Degree in Arts from Madras University, Radhakrishnan accepted an Assistant Lectureship at the Madras Presidency College in 1909. He was just 21 years old.

In the early years of his teaching life, Radhakrishnan received only about Rs. 17 per month on which he had a big family of five daughters and a son to support. He had borrowed some money and could not pay even the interest on it. He had to auction his medals to meet his needs.

As a professor at Presidency College, Madras, he was always an inspirational teacher. He was offered professorship in Calcutta University when he was less than 30. When he was around 40 years old he was called to serve as Vice-Chancellor of Andhra University. He remained in that post for five years. Three years later, he was appointed the Vice Chancellor of Banaras Hindu University. In both the jobs Radhakrishnan was well-loved for his excellent teaching ability and his amiability.

Recognition of his scholarship came in 1936, when he was invited to fill the Chair of Spalding, Professor of Eastern Religions and Ethics at Oxford. He retained the chair for 16 years. His mastery on his subject, his clarity of thought and expression made him a much sought after teacher. But what made him even more popular were his warm-heartedness and his ability to connect with people.

In 1949, Dr. Radhakrishnan was appointed ambassador to the Soviet Union

It is tragic that those who celebrate him as a great teacher know little of what his teachings were. Today, the great teacher-philosopher-statesmant-human stands reduced to “10 things you did not know about Dr. Radhakrishnan”. S Radhakrishnan was a philosopher-king in the true sense of the term – even Plato would have flaunted him as the final proof of the workability of his theory.

Dr Cuterus: Everything Nobody Tells You About Your Body

Energize Your Mind: Learn the Art of Mastering Your Thoughts, Feelings and Emotions

Doglapan: The Hard Truth about Life and Start-Ups

And How Do You Feel About That?: Breakdowns and Breakthroughs in the Therapy Room

The Essentials Of Hinduism: An Introduction To All The Sacred Texts 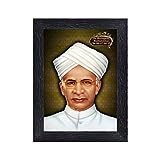 (1)
60% Off ₹499.00 ₹199.00 (as of 28 Jan 2023 09:57 GMT +05:30 - More infoProduct prices and availability are accurate as of the date/time indicated and are subject to change. Any price and availability information displayed on [relevant Amazon Site(s), as applicable] at the time of purchase will apply to the purchase of this product.) 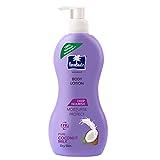 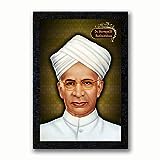