Yash’s career began with TV shows and supporting roles in movies. The first series he worked on was Nanda Gokula. It was directed by Ashok Kashyap.

Yash took some time to enter the film industry. He made his debut with Jambada Hudugi (2007) and in 2008 he played the supporting role in Moggina Manasu. He won the Filmfare Award for Best Supporting Actor.

Yash’s first solo movie was in 2010 with Modalsala. It was written and directed by Purushottham C. Somanathapura. The movie was his first solo commercial hit. Post-2010, Yash went on to deliver commercial hit movies. His movie with his co-star Radhika in 2014, Mr. and Mrs. Ramachari became the highest-grossing film. This marked his fifth consecutive movie to be commercially hit. He became the highest-paid Kannada actors in Sandalwood. Yash met his wife Radhika on the set of his first series, Nanda Gokula. They worked together in several movies together. They kept their relationship a secret for a long time.

Yash and Radhika founded an organisation to help the poor. The couple named it as Yasho Marga Foundation. They have donated 4 crores to Koppal district to help them with the lakes and providing them with pure drinking water.

Yash’s KGF became the highest-grossing movie. He is the only Kannada actor to enter the 200 crore club. The movie was dubbed in Hindi (already entered in 300 crore club), Telugu, Tamil and Malayalam. 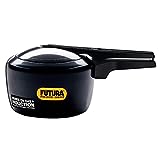 (252)
₹3,510.00 (as of 27 Jan 2023 14:19 GMT +05:30 - More infoProduct prices and availability are accurate as of the date/time indicated and are subject to change. Any price and availability information displayed on [relevant Amazon Site(s), as applicable] at the time of purchase will apply to the purchase of this product.)