Literally “Holi” signifies “burning” in Indian language. But, how it came to be associated with ‘burning’, is a story. The reference is found only in ancient Indian mythology. And It is the legend of Hiranyakashipu, to whom the celebration of Holi is associated.

Way back in the pre-Christian era, there lived a demon king named Hiranyakashipu in ancient India. He wanted to avenge the death of his younger brother. The brother, also a demon, had been killed by Lord Vishnu, one of the supreme trio, monitoring the life and death in the universe, (according to the Hindu belief). To take on Vishnu, the tyrant king wanted to become the king of the heaven, earth and the underworld. He performed severe penance and prayer for many years to gain enough power. Finally he was granted a boon. Powered by the boon, Hiranyakshipu thought he had become invincible. Arrogant, he ordered all in his kingdom to worship him, instead of God. The demon king, however, had a very young son, named Prahalad. He was an ardent devotee of Vishnu. Despite his father’s order, Prahalad continued to pray to Vishnu. So the demon king wanted to kill his son. He asked the favor of his sister Holika who, because of a boon, was immune to fire. They planned that Prahalad would be burned to death. A pyre was lit up and Holika sat on it, clutching Prahalad. Yet, at the end Prahalad emerged unscathed by the fire, And Holika, the demon, was burned to ashes. The earnest devotion and complete submission to Lord Vishnu saved young Prahlad. Thus was the triumph of Prahlad, the representative of good spirits. And the defeat of Holika, the representative of evil. Later, even the demon king Hiranyakashipu was killed by Lord Vishnu. But that is quite a different story. It is from Holika, that the Holi originated. This legend is relived even today on the Holi-eve when the pyre is re-lit in the form of bonfires. Even today, people celebrate this occasion. Huge bonfires are lit up every year on the eve of the full moon night of the Holi to burn the spirit of the evils. Hence the story associated with the soul of the celebration.

The celebration of Holi is very ancient in its origin. And by its very origin, it celebrates an ultimate triumph of the ‘good’ over the ‘evil’. While, a feast of colors associated with the Holi, is the face of this celebration, the original reason of celebrating Holi, lies in its soul. And this gives us the ‘why’ of this ancient festival.

Now, let us look into the face of it. How did the celebration of Holi assume a colorful face? Well, it is linked to yet another legend, the legends of Krishna. Though of much later origin, still, it was in the pre-Christian era.

According to the Hindu belief, Krishna was a reincarnation of lord Vishnu himself. It was Krishna, or, Krishns, the king of the ancient city of Dwarka, who popularised the tradition of Holi. The origin of the colorful and frolicking tone of Holi lies in the boyhood of Krishna. It all came up as part of his pranks, he used to play with his boyhood mates of Gokul and Vrindavan. Situated in north India, these are the places where he spent his childhood.

It was at this time of year, Krishna used to play pranks by drenching the village girls, with water and colors. At first it offended the girls. But they were so fond of this mischievous boy that soon their anger melted away. And, it did not take long for other boys to join in, making it a popular sport in the village. Later, as Krishna grew up, the play assumed a new dimension. It added more colors to Krishna’s legendary love life. The legend of Krishna’s courtship with Radha, and playing pranks with the ‘Gopi’s. The girls in the ‘dairy’ village of Gokul were mostly milkmaids, and, hence locally known as the Gopis. The same tradition has transpired through the ages, turning it into a community festival of the masses. As time kept flowing, the culture spread roots to other regions of the country. The Holi play of Krishna is documented in hundreds of ancient paintings, murals, sculptures and scriptures found across th

₹10,148.00 (as of 23 Jan 2023 17:46 GMT +05:30 - More infoProduct prices and availability are accurate as of the date/time indicated and are subject to change. Any price and availability information displayed on [relevant Amazon Site(s), as applicable] at the time of purchase will apply to the purchase of this product.) 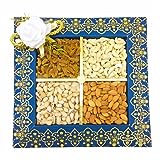 Holi (Celebrations in My World)

(4)
₹3,831.08 (as of 23 Jan 2023 17:46 GMT +05:30 - More infoProduct prices and availability are accurate as of the date/time indicated and are subject to change. Any price and availability information displayed on [relevant Amazon Site(s), as applicable] at the time of purchase will apply to the purchase of this product.) 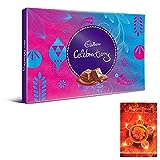 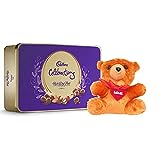 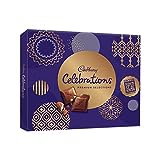 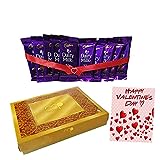 (4)
19% Off ₹359.00 ₹289.00 (as of 23 Jan 2023 17:46 GMT +05:30 - More infoProduct prices and availability are accurate as of the date/time indicated and are subject to change. Any price and availability information displayed on [relevant Amazon Site(s), as applicable] at the time of purchase will apply to the purchase of this product.) 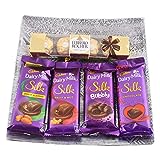