Thousands of students from India travel to the United States each year to enroll in postgraduate level courses such as MS and MBA. In recent years, there has been a growing interest in undergraduate (UG) courses in the United States, as well as in Canada and Australia.

Universities in these countries offer admissions to PG courses based on GRE and TOEFL scores, while admissions to UG courses are based on the Scholastic Assessment Test (SAT) and American College Testing (ACT) scores.

International students wishing to enroll in undergraduate level courses in countries such as the United States, Canada, and Australia must write the ‘Scholastic Assessment Test’ (SAT) or the American College Testing (ACT). Based on the talent shown in these exams, admissions are given in colleges in the respective countries.

SAT is a test intended to admit international students to undergraduate (UG) courses in the United States, Canada and Australia. Not only in these three countries, more than 85 countries in the world are admitting by taking the SAT score as standard. This is an online test.

ACT is an entrance exam for international students pursuing undergraduate (UG) courses at universities in the US, Canada and other countries. This test is administered online only.

Both scores of SAT and ACT are taken as standard for admissions in the respective countries and for awarding merit based scholarship. These two tests are on similar topics. However, these two entrance‌ tests are conducted at different times. As a result, students who cannot write one exam can make their foreign education dream come true by appearing for another exam.

‘SAT General, SAT Subject’ is of two types. A total of 154 questions in the SAT General Test will be in English. The score ranges from 400 to 1600 percentile. The exam assesses the student’s reading, writing, and mathematics skills. Shots on History, Literature, Science and Foreign Languages. The questions in the shot are in Multiple Choice mode. Questions are asked from all four sections. There will be questions from the high school level curriculum.

The SAT Subject Test has a list of over 20 subjects. These are divided into five sections: English, History, Science, Mathematics, Languages. Most students choose the subject Mathematics. This is followed by Chemistry, Physics, Molecular Biology, Ecological Biology and Literature. Some have 60 questions depending on the subject, while others have up to 95 questions.

ACT Entrance takes place online. The questions are in Multiple Choice mode. The test is for 175 minutes for a total of 215 questions in the four sections of the test. The percentile score scale is 1–36. It asks questions from four sections: English, Maths, Reading, and Science. There will also be a 30 to 40 minute ‘Writing Section’ (Optional). This score will not be added to the candidates’ composite score.

Reading (35 minutes): It consists of four parts. Four passages on Social Studies, Natural Science, Fiction and Humanities. Read these and find the answers to 40 questions.

Science (35 minutes): In this section you will find answers to 40 questions from Data Representation (Graphs and Tables), Research Summaries, Conflicting View Points.

Writing Test: This is an optional section of 40 minutes duration. That means the candidate can write if he likes. The marks obtained will not be added to the total score.

At least twice
The Scholastic Assessment Test (SAT) is conducted five times a year in March, May, August, October and December. While the student is in the Intermediate final year, it is advisable to write the test at least twice. Because of that it is possible to increase the score. It is useful to get a scholarship.

Application fee
The SAT application fee in our country is USD 104 for a general exam, USD 117 for an essay writing plus USD 26 for a subject including SAT general. In addition to writing a subject test (excluding languages), USD 22 per subject and USD 26 for language test with listening.

The ACT begins in September each year and is held seven times until July. This test will be in the months of September, October, December, February, April, June, July. Non-US applicants must pay a fee of USD 60 without the writing section and USD 85 including the writing section. 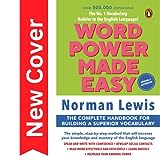 (4)
₹175.00 (as of 31 Jan 2023 06:52 GMT +05:30 - More infoProduct prices and availability are accurate as of the date/time indicated and are subject to change. Any price and availability information displayed on [relevant Amazon Site(s), as applicable] at the time of purchase will apply to the purchase of this product.)

(10)
₹199.00 (as of 31 Jan 2023 06:52 GMT +05:30 - More infoProduct prices and availability are accurate as of the date/time indicated and are subject to change. Any price and availability information displayed on [relevant Amazon Site(s), as applicable] at the time of purchase will apply to the purchase of this product.)

I Will Teach You Excel: Master Excel, Surpass Your Co-Workers, And Impress Your Boss!

India & World Map ( Both Political & Physical ) with Constitution of India Chart, History of India Chart & Geography Terms Chart | Set Of 7 | Useful for UPSC and other exams | By VCP

(13)
₹200.00 (as of 31 Jan 2023 06:52 GMT +05:30 - More infoProduct prices and availability are accurate as of the date/time indicated and are subject to change. Any price and availability information displayed on [relevant Amazon Site(s), as applicable] at the time of purchase will apply to the purchase of this product.)

The Constitution of India and History of India chart | LAMINATED | Combo of 2 Charts | Extremely useful for competitive exams preparation such as UPSC, LAW, Judiciary etc. 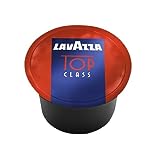