THIS IS A VERY SERIOUS DEVELOPMENT IN THE TRAJECTORY OF TERRORISM IN INDIA.

IT IS A BEGINNING OF A NEW PHASE OF TERRORISM.

The two bomb blasts occurred in the Jammu Air Force base in the early hours of Sunday (Today, 27 June, 2021). The explosives were dropped by drones. This is for the first time that drones were used in explosive attack. Though the explosives of low intensity and did not cause much damage in the air force base.

BUT WELL IT MAY BE A PILOT PROJECT OR TEST OPERATION

And Soon we may see new wave of large terror attacks in near future.

Is it a New form of terror attack or a low intensity war by Pakistan?

For last few years, Pakistan based drones have been used to drop am s and ammunition for terrorists in India through drones. In September, 2019, Punjab police reported that a GPS enabled Drone from Pakistan has dropped deadly weapons in Taran Taran district of Punjab to be used by terrorists in Jammu and Kashmir (SEE the PRINT). Again in June , 2020, another arm laden drone from Pakistan was shot down in Kathua district of Jammu and Kashmir by the Border Security Forcve (BSF).

The remains of Pakistan based drone which was shot down by the BSF in June 2020. Image Courtesy: The Hindustan Times

But dropping of the explosives at the designated place is entirely a new development and cause of seep concern for India security.

India has to understand whether it is low in tensity war or new type of terrorism India will have to handle in future. This also explains as to why so easily signed the ceasefire agreement with India in February because with drone technology in use, terrorists does not need land routes to organized terror attacks in India.

What Should be Done?

The drone attack by the terror groups or by some other units are a big challenge for India. It renders all Indian ground based intelligence and police network useless. Now India has to deploy robust anti-drone technology along the entire stretch of India border with Pakistan as well as with India. Israel has well developed anti-drone technology. Though it is very difficult to detect small drones with the existing technology, but India has to get ready for a new type of technological war with India.

The drone attack at the Jammu air force station is not an isolated event. It should be taken as beginning of a new phase of low intensity conflict from across the border. as China has already mastered the drone technology. Both have developed close military nexus in recent years. 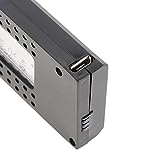 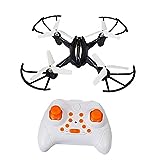 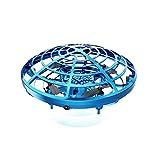 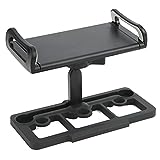 ₹1,603.00 (as of 31 Jan 2023 06:39 GMT +05:30 - More infoProduct prices and availability are accurate as of the date/time indicated and are subject to change. Any price and availability information displayed on [relevant Amazon Site(s), as applicable] at the time of purchase will apply to the purchase of this product.)