Prudhvi Tej Immadi is an inspiring personality and can help us in a lot ways. He comes from West Godavari district of Andhra Pradesh. He cleared IIT-JEE with AIR 1 in 2011 and then cleared UPSC CSE 2017 with AIR 24. I would like to be jack of all trades but people say it isn’t be possible. I never give up and keep trying, says Prudhvi.

In an interview he talked about many aspects of his life and these would definitely going to help you.

I am a native of Dwaraka Tirumala. My father Srinivasa Rao had a Jewellery shop. My mom Rani is a home-maker. I studied from first standard to sixth standard in Dwaraka Tirumala and after that I studied up to tenth at Gudiwada. I joined Intermediate at Vijayawada aiming IIT seat. I secured all India top rank in 2011 and joined in IIT- Bombay in Electrical Engineering.

Now a question arises in our mind How he cleared this exam in very less time whereas other aspirants take two or more years?

Prudhvi Tej Immadi described how he came to delhi and what problems he faced during preparation.

I started my preparation for civils as soon as I returned to India in 2016. I joined a crash course in Delhi. With this, I got an idea about civils and command over basics. After completing the crash course, I applied for Civils in 2017. I started preparing on my own after crash course. I felt some difficulty because of choosing Mathematics as an optional. I couldn’t concentrate more on the remaining subjects. But, having command over mathematics from my childhood, I was able to complete half of the mains’ syllabus by the time of prelims. I dedicated more than 14 hours a day for preparation. Having most of this syllabus in the mains also helped a lot. Studying in descriptive way for prelims resulted positively in mains.

Prudhvi furthe talked about how he planned his preparation and what helped him in clearing this exam.

By revising old papers and going through the syllabus, I acquired some awareness. Then my preparation went on with complete exam-oriented way. I prepared a perfect plan for this. At the same time I have given equal importance for writing practice. As a result, I succeeded in the very first attempt. In fact, after interview, I had confidence of getting a fair rank. But, I never thought that, I can secure AIR 24.

Interview tips
Board headed by Sujatha Mahta interviewed me. The discussion on why I opted for civils by leaving a corporate job went for more than 5 minutes. Bifurcation of Andhra Pradesh, problems of post bifurcation, suicides in IITs, measures to reduce stress are some of the questions I faced in the interview. I answered them satisfactorily. The suggestions of Venkat Mohan, ex- IRS, helped a lot in the interview.

All along, his father stood by him like a pillar of suppport. In fact, it was he who drilled into Prudhvitej’s mind about the role Civil Servants can play in improving the lives of people and encouraged him to achieve his long-cherished goal.

He believes that you can also qualify exam on your first attempt but you have to show your dedication for this exam. He believe if you have as strong reason than you can become an IAS officer in first attempt.

I completed my B. Tech in 2015. I was selected for Samsung (headquarters) with a package of Rs. 70 lakh per annum in the campus placements. Becoming an IAS was a dream from my childhood, but the international offer tempted me to join there. I worked there for some time, but my dream of becoming an IAS haunted me. Hence, I resigned for my job in November 2016 and returned to India. I was receiving about a crore per annum when I resigned.

If you still have doubts then you can watch this video and this will definitely going to clear all your doubts.

Breaking Barriers The story of a Dalit Chief Secretary

(5)
₹200.00 (as of 30 Jan 2023 12:07 GMT +05:30 - More infoProduct prices and availability are accurate as of the date/time indicated and are subject to change. Any price and availability information displayed on [relevant Amazon Site(s), as applicable] at the time of purchase will apply to the purchase of this product.)

You Only Live Once

Who Will Cry When You Die?

The Power of Your Subconscious Mind

Rising Against All Odds: The Inspiring Journey of Meera, the IAS Officer

₹99.00 (as of 30 Jan 2023 12:07 GMT +05:30 - More infoProduct prices and availability are accurate as of the date/time indicated and are subject to change. Any price and availability information displayed on [relevant Amazon Site(s), as applicable] at the time of purchase will apply to the purchase of this product.) 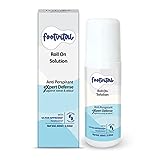